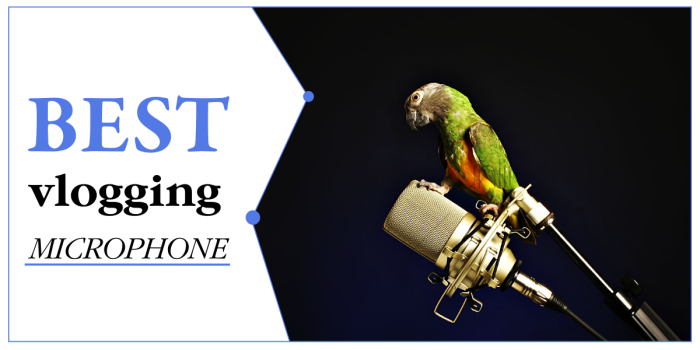 As a vlogger, there are two main perils you might encounter while you’re out there in pursuit of a great footage: 1) your equipment failing on you, and 2) bears. Now, while I can’t really help you in the department of aggressive wildlife, what I can do is help you tackle the problem of poor equipment. So here it is a plucky list of the 6 best vlogging microphones!

That’s right! Whether they’re small and look like a TV remote control, or so large that they take up half of your studio, these mean machines can do one hell of a job optimizing your audio footage. And of course, since audio material is quite important and pretty much makes up a half of every video (especially in YouTube vlogging), having a tough little vlogging microphone can really be a lifesaver in the long run!

So, in order to help you out find a perfectly-fitting mic for your vlogging camera, I've compiled a list of the 6 best supplementary microphone models that can currently be found on the market. Read on and you're sure to find something that suits your needs! (Before you begin, though, check out the technical specifications of each of the models in the table below.) 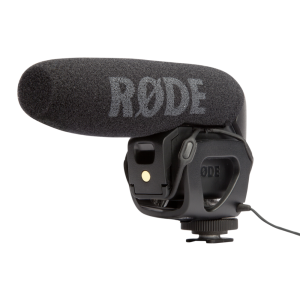 Featuring a bulky build (most of which is the microphone blimp, by the way) and a plethora of advanced features, the Rode's VideoMic Pro Plus is a plucky tech contraption that rightfully deserves to take up our number one spot!

When it comes to the question of powering this thing up, the Rode VideoMic Pro Plus offers not 2, not 4, but 3 different power sources! You can choose to go with a single LB-1 Lithium-Ion battery, two AA’s, or even to have it continuously powered-up by a USB cable. (For the record, if you decide to go with an alkaline 9-Volter, you’ll get some 70 hours of filming. Neat stuff, indeed!)

If you're concerned about the safety of this microphone in case things go awry during a particularly intense vlogging session, you needn't worry, because the Rode folks have already made sure to protect it. There's an inbuilt shock mounting as well as a foam windscreen, so you can rest assured that the quality of sound will remain top-notch even in the worst of filming conditions!

Last but not least, the Rode VideoMic Pro + comes with a stock 1-year warranty. However, once you register this product with the company, this extends to 10 years! If you demand only the best audio for your vlog, and can’t afford to have your mic break down easily, this particular model from Rode would definitely be the best option for you.

Thanks to its excellent performance and the surprisingly lightweight build, the Rode VideoMac Pro Plus can be a great choice for an experienced vlogger who demands a high quality of sound on their footage.

Overall, I’d say that purchasing this mighty Rode VideoMix Pro + for some $300 would surely be money well spent, as it surpasses all other models on this list in virtually all aspects of both sound quality and general handling. Add to that the fact that you get to choose between three different power sources, and you have a vlogging mic you don’t want to miss out on!

Designed for studio environments where an elaborate setup might be required, the Rode VideoMic Studio Boom Kit has got it all- from a wind muff to an extension cable!

The good news about the Rode VideoMix Studio kit is that no matter how tall, or indeed, cooped up your studio is (or some other random room for that matter), you can easily set it so that it stands as high as 6 feet!

As far as compatibility is concerned, it works with pretty much any DSLR camera, and since it would fall into the category of lightweight stands, you don’t have to worry about having any uncomfortable or clumsy episodes with it. 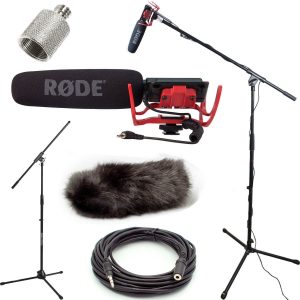 Since this particular setup has been developed for enclosed spaces, it's best suited to be used for interviews, Youtube videos, and similar small-scale projects!

At the same time, this elaborateness of construction, so to speak, also makes this set a poor choice if you intend to make dynamic vlogs with plenty of movement and fast pace of action. 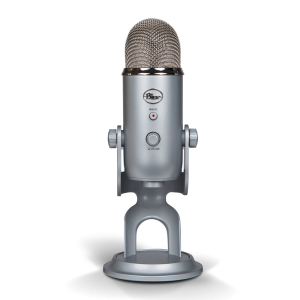 Simple and easy to set up, one of these Blue Yeti USB Mics may as well be the best choice for a vlogger who plans to use their microphone to improve the quality of the sound during an interview or a similar event.

Despite its rather straightforward look, this not-so-little bugger is brim-filled with all kinds of useful features. For example, if you choose to go with one of these, you may enjoy such features as gain control, mute button, as well as a zero-latency headphone output.

As far as the optimal use of this Blue Yeti model is concerned, studio recording sessions and similar occasions spring to mind. So, if you need to capture a voice or an instrument playing, this microphone would be the right tool for the job!

As its name suggests itself, the Blue Snowball looks like a snowball (Albeit a black one with a big fat ‘Blue' logo on it). Also, I don't recommend throwing it at someone.

As simple as its design appears to be, this particular model from Blue is packed with features that can make your recording session a fruitful one indeed. It includes both omnidirectional and cardioid polar patterns, so you can record different types of audio footage in regard to the inclusion of environmental sounds! 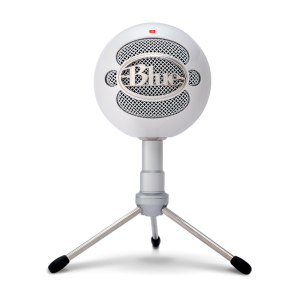 Thanks to its ability to either block or include the sounds in your environment, depending on the setting you opt for, this Blue Snowball model can be an excellent tool for recording different kinds of vlog-worthy situations with just one device! 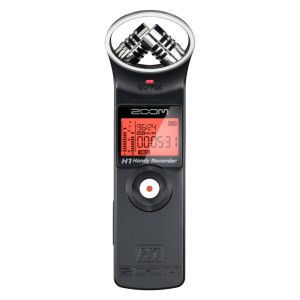 If you happen to be on a lookout for a microphone that looks like a shaving machine, but actually works as, well, a microphone, have we got a product for you! It’s called the H1 portable digital recorder, is no larger than your TV remote, and it sells at a pretty agreeable price point, too!

Its build is lightweight and compact, so you can easily carry it in your pocket if you so desire. As for the ‘inner workings’ of this device, the Steinberg WaveLab LE software has been put in place as the manufacturer’s solution. So far, this software has proven its worth time and time again, and it seems to work just fine for this model.

On the other hand, this model might not be the best solution if you’re planning to record some audio footage in a studio.

Boasting a compact size and the fact it can easily be attached to a vlogging camera, this Zoom H1 can work well as a quick sound recording solution for a variety of vlogging occasions.

Last but not least, we’ve got another model from the Zoom folks. This time around, we’re talking about the H4N PRO - a plucky little device that sort of looks like a Taser with a display.

This little device comes with two protruding microphones, and thanks to their joint forces, you’ll be able to record sounds of up to 120 dB SPL! Also, the remodeled FX Processor is there as well to provide some cutting edge emulation and then some other hard-to-pronounce technical stuff, too. 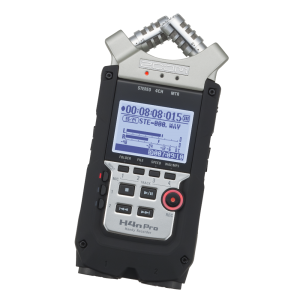 Conversely, rookies might find it a bit too much to handle. If you happen to be one, check out some of the models above for an alternative solution.

Considering the fact that this model comes with a complex display as well as a duo of high-performance mics, it would surely perform the best in the hands of more of an advanced user.

As far as secondary equipment for vlogging cameras is concerned, the microphone would definitely be amongst the most important devices you can lay your hands on. Indeed, picking up the right model for your style of filming can be as important as choosing your camera! Here are a couple of things to pay attention to when it comes to the construction and performance of these exquisite vlogging accessories. Also, let’s see what makes the number one pick worthy of that illustrious spot!

Roughly speaking, vlogging microphones tend to be either small and portable, or large and therefore best suited for studios and similar enclosed environments. The Rode company, for example, (two of their models occupy the first and second spots on this list) offers both of these options, so you if you choose to go with their products, chances are- you’ll find a mic that’s perfect for you!

A vlogging camera can in itself be a tad tough to handle at times, so if you plan carelessly and buy a comically large mic as well, you’re going to have a wretched time vlogging! If you're often on-the-go and like to have dynamic vlogging sessions, you should probably buy a small model which is packed with various features and enables you advanced settings. On the other hand, if your style of vlogging revolves more around interviews, you might want to buy a bigger, sturdier sound set that you can set up and forget about. (Both versions available at Rode's, so make sure to check them out!)

All in all, a vlogging microphone can truly enhance the quality of the footage you capture. Whether it's a small pocket-sized device we're talking about, or a full-blown studio kit, one of these mean machines can really bring life to your vlog! Now, each of the models you've seen above has a certain quality about them that makes them the best in their respective category, so choose carefully, and get a model that answers to your needs the most. Hopefully, this article helped you get a clearer picture of what your perfect vlogging mic might be. I wish you a merry purchase and- cheers!

Vlogging Tripods for Cameras and Smartphones 2018