Vlogging Tripods for Cameras and Smartphones 2018 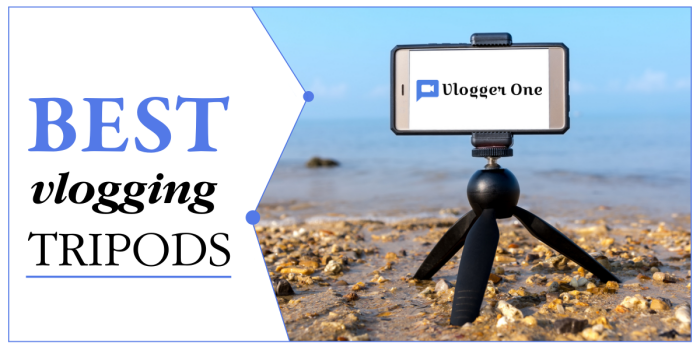 The simple go-to answer for that particular riddle is in itself another question: Do you want your video to look like it’s been filmed by a Parkinson patient standing on top of an active fault line?

Now that you’ve read the headline, it’s time to dig into it the lead. A video blogger, or a vlogger, should own a box of essential tools and always keep it under their wing. A summarized, uncanny and critical bug out bag (BOB) of fancy arsenal; the sort of weaponry that should always be strapped to your hip. Key components that either make or break your videos: a good camera, a swanky microphone, lens cleaner, an extra battery, a backup SD card, duck tape and, the legendary lifesaver, a tripod. The best thing about owning a tripod is the fact that your frames will look more professional and more stable.

Health benefits: Cameras, for that “one-man show” that is vlogging, rapidly become extensions of the presenter. Your extra limb. You will end up holding that for hours on end. In a week, you’ll find yourself naked and afraid whenever your hand isn’t gripping a recording device. Here’s the caveat… our arms weren’t designed well for that purpose. A tripod takes some of the burdens off your shoulders.

Surfaces: a good tripod will adjust itself to its environment. Forget about those long-ago days when you started up your vlog, stacking up books below your camera to get the right height, playing home Tetris with pillows, cushions and bunched up shirts to adjust the angle, and, finally, crouching below the table because those two techniques were a bust. A tripod will make those faux amateur quibbles seem like long ago nightmares.

What to look for in a tripod?

Mount: a sturdy head, willing to take the weight of your camera is an essential component when searching for a tripod. Double check weight limits on the ones you’re eying and always, lowball by a few pounds.

Price: go all the way in. Max out your credit card, they’re not really that costly and buy one that get the job, well, jobbed. No Chinese knockoffs. Remember this is the one piece of hardware that’s going to hold up your camera.

Adjustable: set them high, low, on the ground or warped around a pole, a good tripod should be flexible.

Ergonomics: try to buy something that looks like it’s been crafted for a human. Rubberized foot grips, plastic joints that adapt to your grip, cushioned spots. 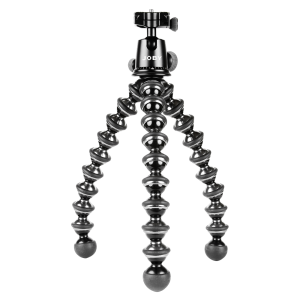 If you’re using a heavy camera, then you are going to need a tripod that’s willing to take the load. One with the right muscles and fixes for all your needs. 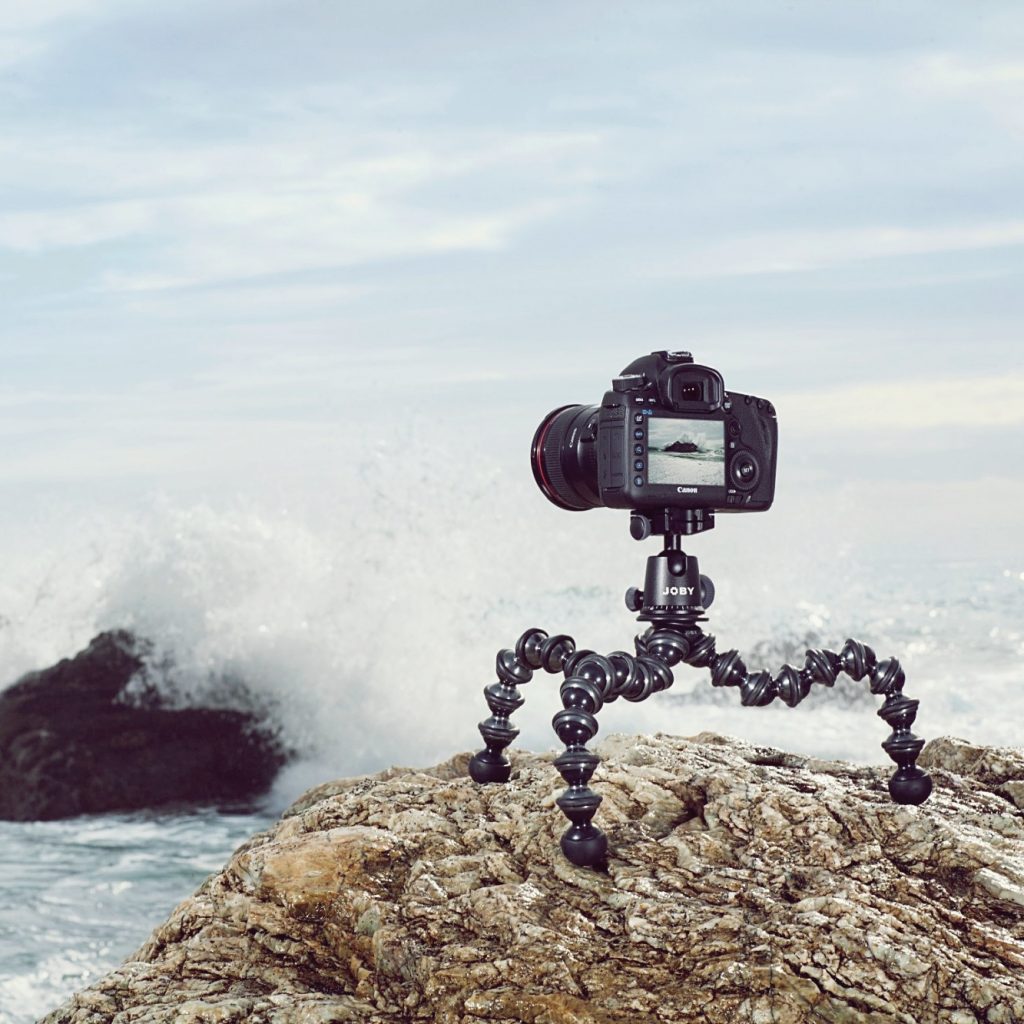 This is a tripod for those that want their pics’ on National Geography or for that aspiring vlogger that wants to get their foot in the Hollywood door.

JOBY GorillaPOD SLR-Zoom: The one all the YouTube Celebs love

The middle ground JOBY tripod. Great for off the road vacations, while maintaining a modicum of refinement for urban living. 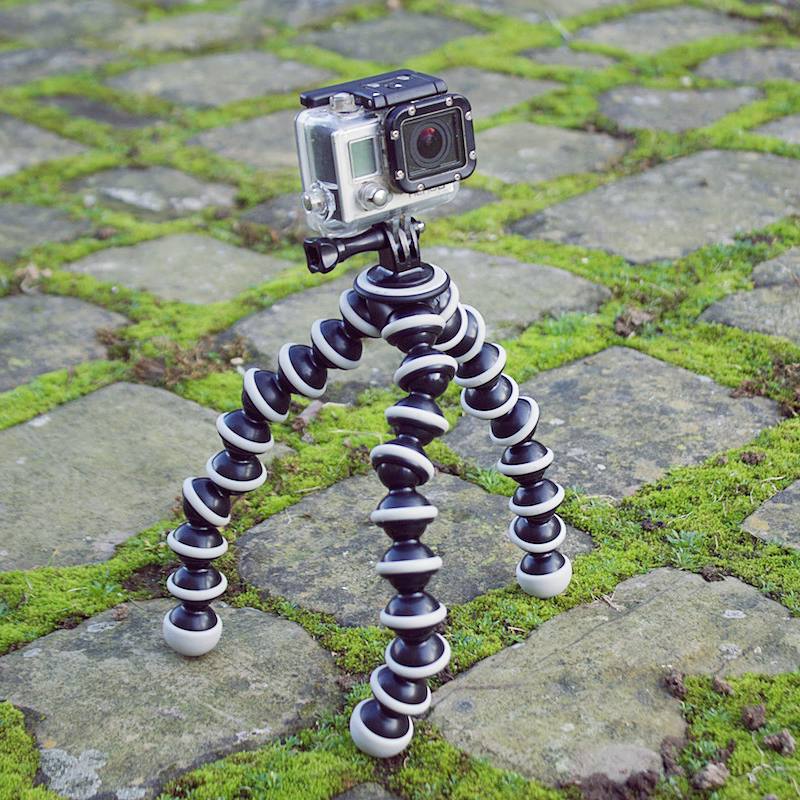 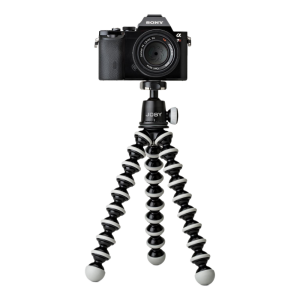 This is the tripod that most vloggers use (Casey Neistat, RomanAtwood, Tanner Fox and David Dobrik). It’s been vetted by the sort of personalities that stack up subscribers in the millions. 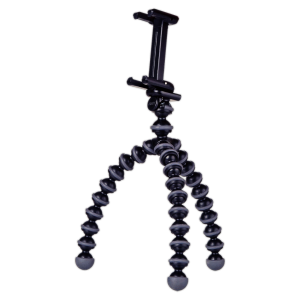 Let’s be honest, is Steven Sodenberg shot his last film with an iPhone then the average vlogger can do wonders with Steve Job’s brainchild. This is a great beginners tripod. 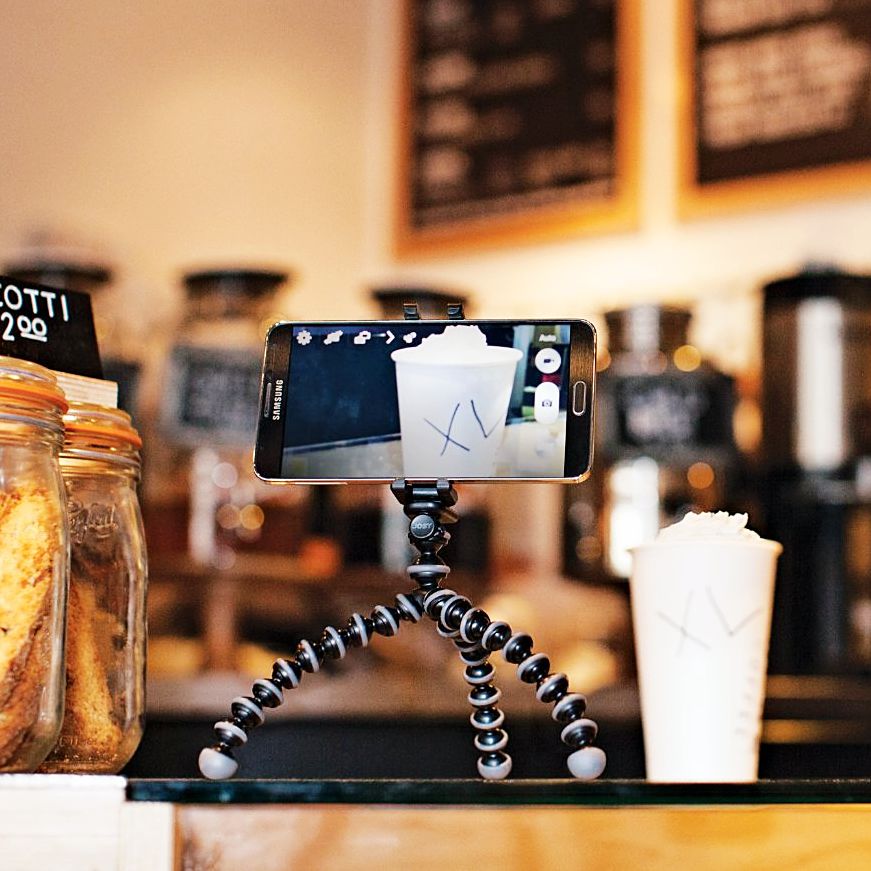 An Italian company, with a photojournalists lineage, that’s been shelling out tripods since the mid-50s, Manfrotto’s tripods have generations worth of expertise and spunk in their genetic coding. Masters of professional photography, Manfrotto is now trying to worm its way into a niche group (vloggers). 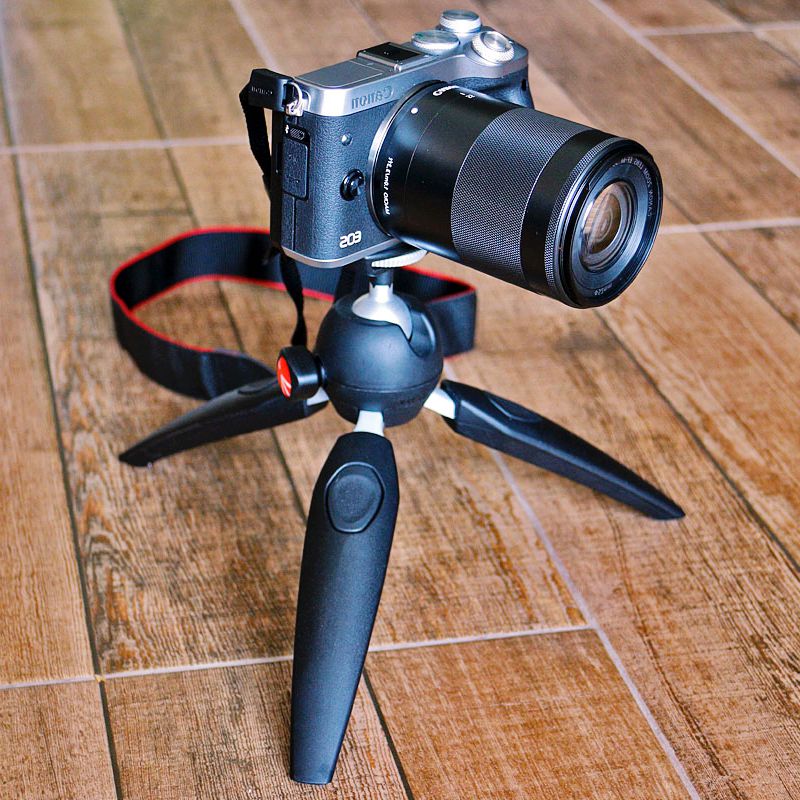 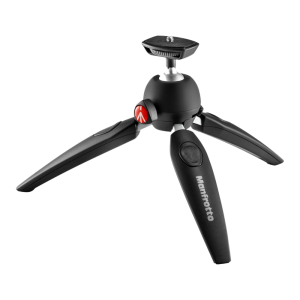 Their first attempt, EVO, was tossed out and, luckily, it hit a chord with their new target. Now, a few years later, Manfrotto takes a second stab at that demographic’s wallet with their second generation of portable tripods. 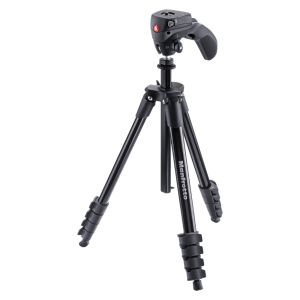 This is the best tripod for entry-level DSRL users. If you’re in an urban setting, are well aware that the surfaces are going to be level, then don’t try to reinvent the wheel.

Manfrotto is the Seabiscuit of the bunch. It has been in the tripod business since Lino Manfrotto started designing light stands, booms, and rods. While all other tripods in this list look somewhat funky and new age, the Compact Action actually looks like a tripod. It’s the company’s way of saying: “why fix something, when it isn’t broken.” 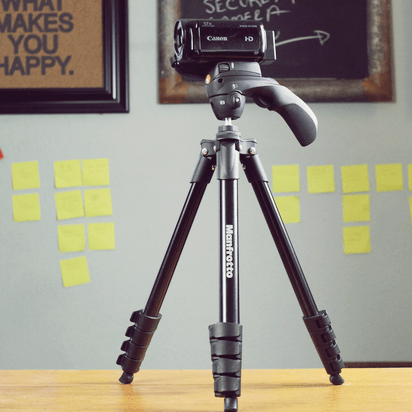 Like Manfrotto, Magnus’ thinking revolves around the idea that it’s better to strap your thousand dollar baby onto a proven design than unto a new age wonder with “Patent Pending” on its forehead. 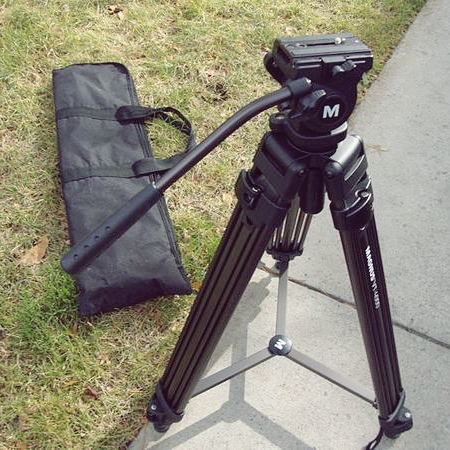 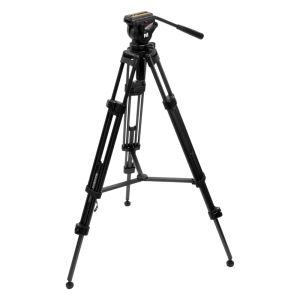 The VT-4000 sacrifices all the comforts of the JOBIs and the elegance of the EVOs for a framework that can withstand mortar fire. 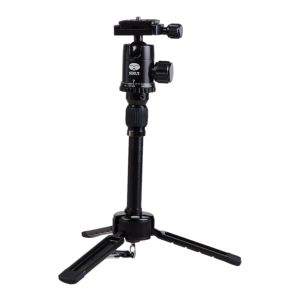 Of all the tripods on the list, this is the most vlogger friendly. What’s the big draw? The fact that it easily transforms into a selfie stick. It’s a retractable little monster that doubles as a handheld pole. 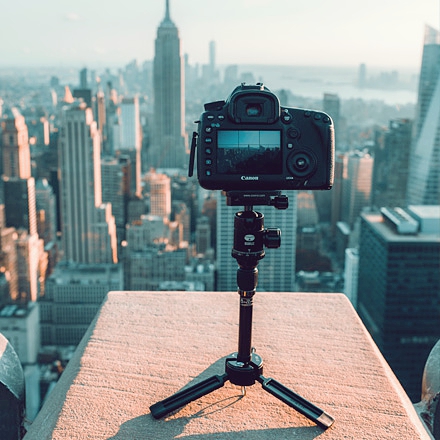 What you are looking for in a tripod depends on the sort of video you’re planning on filming. Each of the examples above adheres to an objective, a baseline, that as vloggers you have to first define.

Will you vlog instructional videos? Maybe a YouTube channel on how to play the guitar? Or an interview channel? Or maybe something a bit more dynamic? A vlog out in the open in the middle of nowhere? Perhaps an extreme sports vlog? It all depends on what you want to film. A tripod is a personal choice that's inherent and intrinsically linked to your wants and needs as a videographer.

JOBI’s line of tripods is excellent for desktop use, or a quick foray out in the open. It’s simple, nice and versatile. Its wide range of products adapts all cameras. Will get you out of a bind.

Manfrotto, meanwhile, gives you the edge and certainty of owning a tripod with the right pedigree. Something that has withstood the passage of time. It’s a sturdy tripod.

Magnus, on the other edge of the spectrum, is a professional tripod. A weighty, hard as steel, tripod that’s used for Hollywood films or journalistic pitstops.

Sirui is the newest addition to this race. It banks all its chips on portability and the ability to move on the fly. It is the fastest collapsable tripod on the list. 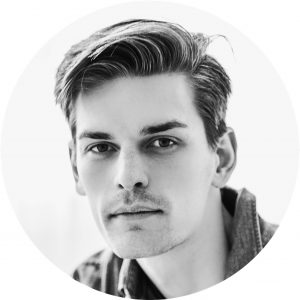 Pro tip of the day: If you already know where you’re heading as an artist then picking a tripod that congeals with you should be an easy enough affair. Now, if you’re experimenting, trying to find your voice, then try to get two tripods (one for on the go situations and another for inside use).